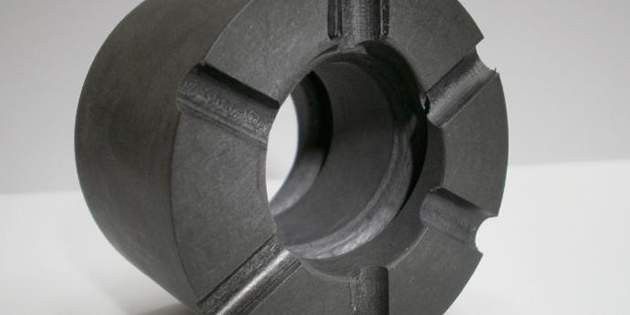 Canned motor pumps are widely used in various processing industries to transport hazardous fluids. Barring failure of the shaft bearing, or other components, such pumps have been demonstrated to operate for extended periods with reduced monitoring instrumentation.. They also have operated with low maintenance because they have fewer components than alternatives. Motor shaft bearings in canned pumps are typically made of silicon carbide or graphite.

Process errors can occur, especially during startups, creating conditions that may damage typical bearing materials.  Dry running conditions, which happen when pumped fluids flash, can lead to accelerated wear or shattering by thermal shock.  This in turn can lead to pump shell damage and release of process substances, with disruption of production and costly repairs.

At a major petrochemical company in Taiwan, run-dry conditions during startups and process upsets were reported to have caused failure of graphite bearings in a canned motor pump every six months. The pump, a 5.7 kW Nikkos unit, transports polyethylbenzene at a temperature of 244°C (472°F).

Longer MBTR. It was reported that the ability of Vespel® CR-6100 to survive run-dry conditions extended Mean Time Between Repairs (MTBR) of the retrofitted pump. Based on their successful experience with that unit, the petrochemical company installed Vespel® CR-6100 bearing parts in six more pumps.

Additional benefits. Low wear rate, low coefficient of friction, broad chemical resistance, a temperature capability of up to 288°C (550°F) and higher impact resistance than graphite are further advantages obtained from the use of Vespel® CR-6100 bearing- parts.