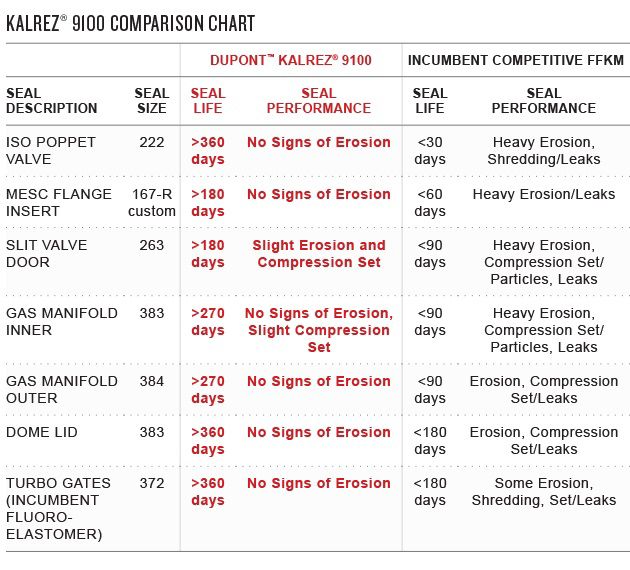 The dramatic improvement in seal performance enabled Spansion to make a step change in their preventative maintenance (PM) schedule that resulted in increased productivity and reduced cost-of-ownership. Spansion is the largest provider of Flash memory solutions in the world for the integrated electronics market.

Replacing O-rings can take up to 12 hours to bring the machine back on line and pass wafer qualification. Some seal locations limit individual chamber production, while others limit the entire tool. “The challenge is to increase availability while reducing the total cost-of-ownership” says Sorum.

After reviewing test results, parts were produced for trials against other competitive FFKM products. Kalrez® 9100 parts outperformed the competitive FFKM products under all conditions. The DuPont and Spansion team, working together, pushed Kalrez® 9100 parts to extreme parameters faster than anyone expected and contributed to the success of this process.

Key learnings from the collaboration were the following: